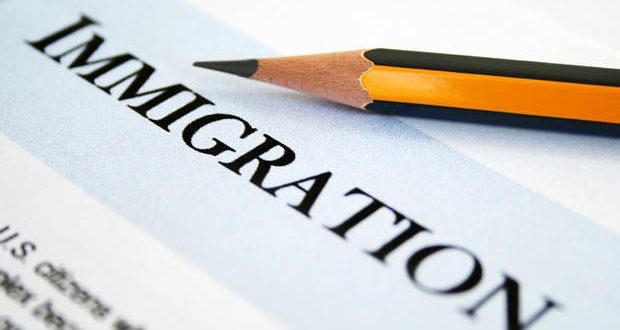 Will Trump Change His Mind On Immigration Policies?

Republican presidential candidate Donald Trump has been known for his outspoken personality and sometimes controversial statements, particularly during his campaign leading up to the Republican nomination, up until the present, as the general election nears.

Trump has been openly criticized by lawmakers, the Democrats, news anchors, Hispanics, and many people in the social media world for his sometimes outrageous statements, especially regarding his policies. One of the major policies that has drawn major controversy is immigration.

Trump first made headlines due to his unwavering hardline stance regarding immigration, which helped fuel his rise to the Republican nomination. However, recent comments from Trump have been heard saying he was open to “softening” his immigration stance. It seems as if Trump has changed his mind regarding some immigration policies. Or hasn’t he?

Sometime last year, Trump made global headlines when he said that Mexicans entering the United States have “lots of problems, and they’re bringing those problems with us. They’re bringing drugs. They’re bringing crime. They’re rapists. And some, I assume, are good people.” He promised to build a great wall on the US-Mexico border and make them pay for it. He then detailed his plan for mass deportation of millions of illegal immigrants (estimated to be 11 million in the US), which is the opposite stance of his election opponent, Democratic candidate Hillary Clinton.

Sometime last month, Trump made these comments: “There certainly can be a softening because we’re not looking to hurt people, we want people – we have some great people in this country.” These words seem to mark a change in his previous hardline stance and could signify that he is willing to reconsider his position regarding mass deportation.

Late last year, Trump said he would call for a “deportation force” to remove the illegal immigrants currently in the US. He said he will use this deportation force to conduct a mass deportation of over 11 million illegal immigrants, but do it humanely. While Hillary Clinton and her party-mate, current president Barack Obama, have supported and called for pathways to citizenship for illegal immigrants who are actually helping the United States, Trump has openly been against it, saying, “There’s no path to legalization (referring to citizenship) unless people leave the country (first) and come back.”

Last month, Trump seemed to change his stance when he said that if he wins, his government would be “willing to work” with illegal immigrants, provided they’ve paid and will pay their taxes. He clarified that by saying, “No citizenship. They’ll pay back-taxes, they have to pay taxes, there’s no amnesty, but we work with them.” As such, it seems he is willing to not deport all of the 11 million-plus illegal immigrants.

Words from the Trump camp

Despite the seemingly flip-flopping stance, in reality, Trump is not changing his message regarding illegal immigrants, according to his spokeswoman. “There’s not a different message. He’s using different words to give that message.” His stance remains that the undocumented immigrants must first leave the country, but they will be allowed back in if they go through the legal process. Trump himself said, “I’m not flip flopping,” before saying that he is going to come up with a really fair but firm answer.

Trump also said that there are laws in place that have to be enforced, and he is not going to hesitate to enforce them. Those who might be affected by Trump’s immigration policy should think about consulting a green card lawyer to help them with the process. Trump said that the “good” immigrants would go through an expedited process if they want to return to the US.

Previous: Data Loss and Recovery from iPhone
Next: Four Common Examples of Workplace Discrimination Against Women