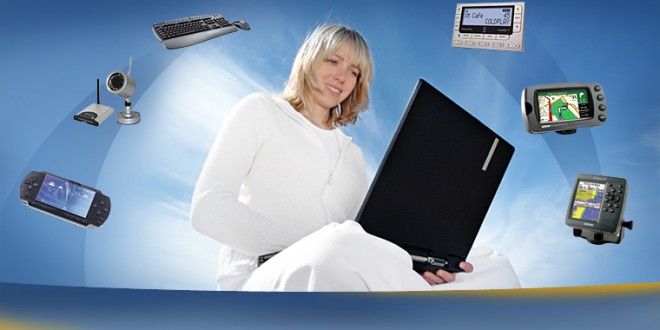 Posted by: Emma Gilbert in Technology and Gadgets Leave a comment

Those interested in the latest technology trends regarding consumer electronics in 2014 should keep an eye on the CES fair this year, where the most important technological releases are made available to the general public. However, there are also other things to be known about major trends in 2014.

Although manufacturers like Apple, Samsung and Google launch premium devices separately outside the CES event, the exhibition is still producing electronic reference to 2014 trends in technology.

Last year at CES were presented 4K technology, TV integration with smartphones and new types of interfaces such as gesture control technology that monitors eye movement. These are still a hit among the general consumers’ market.

This year there are five major trends to be taken into account, according to Mashable, a technology portal that will dominate the CES exhibition – TV UHD (4K) with large screens, smart accessories (wearable gadgets) biometric features such as fingerprint sensors, “the Internet of things “(The Internet of things) and 3D printing.

In 2014 4K technology matures, will be presented at CES larger screens most advanced technical specifications. Both Samsung and LG have announced that they will present enormous UHD TVs will also have curved screen playback with an accuracy as high.
Also, in 2014 we will see progress in terms of content 4K, 4K TV and prices will gradually reduce (not for the curved screen ones).

In recent years, more companies have come to CES to launch products “tech fashion”, but 2014 will be the year eqiupment really smart because the rapid progress of mobile technology and mobile applications industry. Samsung launched last September intelligent clock Galaxy Gear (pictured), but other manufacturers will enter this niche. Most likely the major manufacturers will launch such products at CES, preferring separate events, but certainly will be launched similar products and fitness accessories like the Nike Fuelband. Google Glass is a smart accessory presented in 2013 to developers who just this year’s version will be released to consumers.

Sensor fingerprint and retina scanners are not new technologies, but their presence in consumer electronics was minimal until last year when it was launched smartphone iPhone 5S (photo) from Apple. Now, manufacturers of smartphones and tablets are competing to incorporate fingerprint sensors in their devices.

Internet of things (the Internet of Things) is a phenomenon that will not be missed at CES this year. The idea of “connected refrigerators” and other appliances appeared only recently, but Nestle and Philips were the ones which showed the usefulness of this technology. In recent years, web applications and services taking advantage of users’ personal data, and now this trend now also apply to home appliances, personal gadgets and other hardware. The concept is also utilized in automotive, where the console cluster of machines have already began to become “smart”. There is speculation that the car manufacturer Audi will ally with Google to develop a new generation of “connected cars”.

3D printing is a new technology, which is growing, but faced with two problems. 3D printers are very expensive and take pictures of 3D objects is a difficult process for most users. Companies in the industry but try to solve these problems by launching cheaper printers and scanners, as 3D printing continues to gain ground in 2014.

What product launches are prepared by the South Korean giants:

LG announced in December that it would present the largest curved screen TV with Ultra HD (4K) diagonal 105 inches – 105UB9 model. It has report image 21: 9 screen resolution at 11 million pixels (5120 x 2160). South Korean electronics manufacturer will present at CES 2014, a series of desktop monitors, including monitors 2k and 4k resolutions. Another device that will be exposed to the LG booth at CES will be the system

all-in-one running the Chrome operating system from Google. Regarding mobile phone division, there are rumors that indicate possible launch of the smartphone LG G2 mini, a cheaper version of the flagship Samsung G2 placed on the market last year. International media also speculated that Samsung could launch a smart watch as the Samsung Galaxy Gear.

South Korean electronics manufacturer announced its turn in late December that it will present at CES ‘first and largest curved and 105 inch Ultra HD TV. “TV 105 inches curved Samsung UHD has a screen resolution of 11 million pixels (5,120 x 2,160) and an aspect ratio of 21: 9. Samsung TV UHD incorporates curved screen Quadmatic Picture Engine technology that enables the delivery of content in UHD image quality, regardless of its source.

Samsung will also present the Las Vegas line of smart TVs in 2014, which will have enhanced features such as voice interaction service (Voice Interaction) and “finger gesture” that allows users to change the TV channel, adjust the volume and to find and select what they want to watch only by using their fingers.

Samsung will also exhibit at CES 2014 the second generation of photo cameras with Android, including the Galaxy Camera 2, which features a 16 MP CMOS BSI sensor and a 1.6 GHz Quad-Core processor. The new Samsung camera comes with advanced Wi-Fi and NFC and Tag & Go makes connecting to other devices and smartphones equipped with NFC.

These are the latest trends to be taken into account in regard to consumer electronics.

Why in Australia the Second Hand Phone Market is Growing

How To Find Best Laptops For Businessmen In 2017

Playster vs Amazon: Which service should you sign up for?