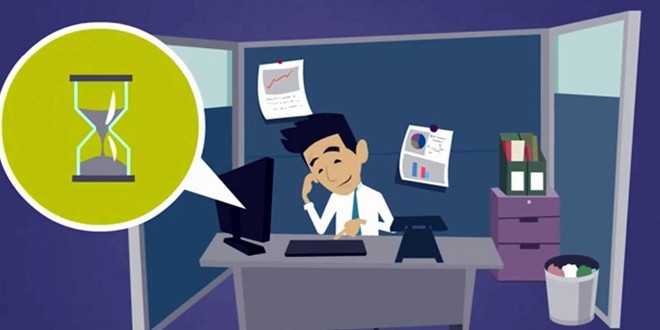 Posted by: Emma Gilbert in Business and Management Leave a comment

The solar industry has been booming the past couple years, however, there is one segment of the industry that still causes a lot of headaches for companies and contractors.

That segment is the paperwork process involved with each solar installation and it is the main culprit of delays and loss of productivity among professionals involved with selling and installing solar energy systems in the US.

Unlike Germany, the US is notorious for tedious paperwork, red tape, and bureaucratic inertia when it comes to going solar.  Whether it is the city you are trying to get a permit from, the utility company you want to connect your system to, or the program administrator for the solar rebate you are trying to obtain, the amount of forms that need to be filled out is completely ridiculous and the turn-around times for getting the paperwork approved is relatively lengthy.

Solar contractors and sales teams are good at installing and selling, but they are not so skilled when it comes to the administrative tasks that come with each installation.

In 2011, Greg Khatchatourian, a former solar sales consultant in Los Angeles, identified this issue and decided to start his own company in order to resolve it.  The company, named Your SolarMate, now provides paperwork processing services to contractors nationwide.

The word began to spread quickly as many industry professionals realized the great benefits in outsourcing the daunting paperwork process to a company like Your SolarMate.  A couple of these benefits include:  Decreasing overhead for companies, as they would not need a bunch of office space and in-house employees who work on an hourly wage instead of a project-to-project basis.

Additionally, the concept of outsourcing to Your Solarmate increases efficiency by getting interconnection and rebate applications approved much faster, which keeps homeowners happy and lets the solar company focus on sales rather than paperwork.

Another area that Your SolarMate is trying to tackle is the leasing market, specifically SunPower dealers, who need help with paperwork and project management in order for them to be paid on time and in full by SunPower.  As the industry changes, Your SolarMate will look to adapt and continue offering their administrative services to solar companies and contractors nationwide.

This is just one part of the puzzle to creating a better environment and reducing our dependence on fossil fuels.

Ideas to Market Your Painting Business

What You Need to Start Your Business

2 Ways To Screen Your Business Partners