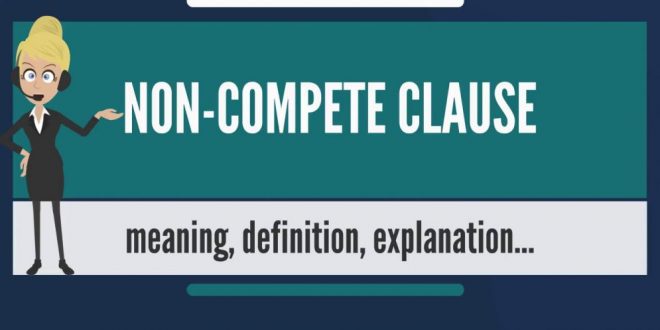 Posted by: Emma Gilbert in Business Leave a comment

The Importance of a Non-compete Agreement

The importance of a non-compete agreement cannot be overemphasized as it is used when the employment between an employer and an employee has been terminated, and the employee wishes to avoid competition against them in a similar market or profession. The most subjected parties to this agreement are consultants and independent contractors after their contract has been terminated. Also, in order to protect themselves against previous employees, employers may seek the non-compete agreement. This protects employers from former employees revealing confidential or/and sensitive information about the business of the employer, their operations, clients, customers, methods, evaluating, tactic, salary, approaches and practices, ideas, future intended products, or/and marketing plans.

What is the legal Validity of a Non-compete Agreement?

How long is the Validity of a Non-compete Agreement?

A non-compete agreement becomes effective the moment it is signed, over a particular duration of time with a lot of factors in play. Meanwhile, before going into this agreement, it is very crucial to determine the exact dates in advance and seek legal counsel for guidance. Employers are only allowed to set their non-disclosure agreement within a realistic timeline without permanently preventing the employee from further working in their field. Before a non-compete agreement can be said to be complete, it must be fair to both parties and contain the following information;

Also, when presenting a non-compete agreement to an employee, ensure it is complete and can be enforced as most employers don’t know that their non-compete agreement lacks some key features, making it almost useless and not enforceable. It is advised to use non-compete agreement samples before drafting one. Breaking this agreement can lead to legal consequences which may not be of benefit to you or your career, so it is important to take your time before putting your pen on it.

Beginning a Career as a Home Inspector

Marketing – Things You Should NOT Do