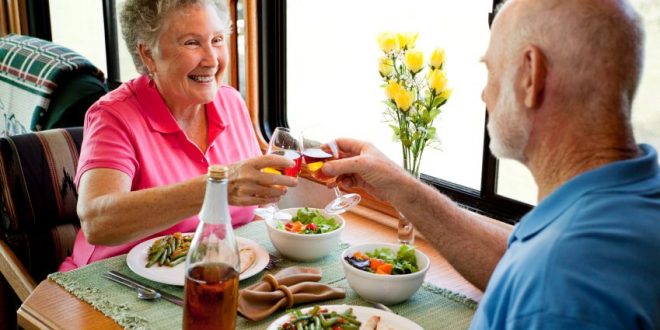 Posted by: Emma Gilbert in Family Recreation and Sports Leave a comment

Everybody needs to love. The recent studies proved that love and human health are deeply interrelated. When people build good relationships, get married and cultivate a long-term loving contact, they make a valuable contribution to their health.

Harry Reis, a professor of psychology who researches how relationships influence social interaction, physical health, and mental well-being, noticed that a new romance on the stage of passionate affection can be very good to health. When people fall in love, they feel happiness and agony simultaneously.

Such an emotional rollercoaster can result in stress. But there is evidence that people who have good, long-term relationships based on mutual understanding have better health measures. Their life is calmer, more satisfying and stable in comparison with people feeling destructive passion.

Their nervous system enriches with positive hormones. Dopamine is a love hormone that evokes optimism and energy while oxytocin releasing during hugging and touching decreases the level of stress hormones.

While a plethora of studies on this issue is focused on marriage, Harry Reis takes into account all the forms of relationships such as family, friendship, partnership, and many more. He is sure that the key factor of this research lies in the feeling of connection to another human being.

The professor supposes that people need to have a sense of belonging being respected and valued by their friends or partners or family members. Let’s overview 9 main factors that prove the beneficial impact of love on our health:

Researches of the Annals of Behavior Medicine show that those who fall in love and experience positive emotions while their marriage have better blood pressure than those who are alone.

Reis supposes that it’s not the fact of marriage has such an impact on their health, but particularly their marital quality affects their arteries measures.

He is sure that other favorable interactions with people (family, friends, partners) will have the same effect. In other words, the blood pressure study also included lone persons who showed the same results even without a happy marriage.

There are loads of studies on the link between health and marriage. One of the Health and Human Services Department’s findings impresses: married people visit doctors fewer than singles do.

Harry Reis supposes that such a phenomenon can be explained by the nature of human beings’ evolution: people strive for being in close social groups. When they’re alone, their biological systems get stress.

In addition, those who are happily get married are more stress resistant and take better care of themselves. Their love partners can motivate them to get rid of bad habits and follow a healthier lifestyle.

Due to multiple reports from the Health and Human Services, couples suffer from depression less than singles. Reis also proved this finding. He says that solitude can result in higher rates of depression. Moreover, marriage can cause a decline in alcoholism and drug abuse.

If you have a loving soulmate, he or she can always help you cope with stress better and faster. Married people are more financially stable because they have those who can support them financially and emotionally in any situation while singles are cut off that privilege. In 2004, the Center for Disease Control and Prevention found out there were the lower mortality rates in married people.

Long-term couples complain of headaches more rarely than singles, a CDC report says. Happily married people can keep pain under control. In proof of this statement, a small research was conducted by psychologists. They found out that the women felt less pain to the threat of an electric shock when they were holding their soulmate’s hand. The research proved that the happier the couples, the less response to pain in the brain.

In 2008, researchers presented the results of a surprising study. They used MRI scans to take a look at the activation in the brains of passionate new couples and long-term married couples. They found out that married people have deeper activation in the areas responsible for bonding and less activation of that area where anxiety is produced.

It sounds unbelievable but loving relationships can boost the immune system. People in love suffer less from cold and flu that those who were anxious, or depressed.

The marriage has an impressive effect on mortality. The National Health Interview Survey found out that singles were 58 percent more likely to pass away than long-term married couples. Marriage has a great contribution to the quality of life thanks to the mutual support, financial stability, happiness from parenthood and benefits of children support.

Love provides joy. Psychological studies claimed that people in happy long-term relationships are incredibly happier than those who have only a high level of income. It’s obvious that the power of love is more valuable and stronger than the power of money.

To yield more benefits from love, people have to cherish this wonderful feeling. Try to handle conflict, provide support in any crisis, do more things together on a regular basis, help each other and celebrate your soulmate’s success as yours – and your health will thank you!

Previous: 4 Signs Your Office Design is Letting You Down
Next: Money Saving Tips for Parents

Benefits of Using a Punching Bag in Martial Arts

Get Recognition For Your Music