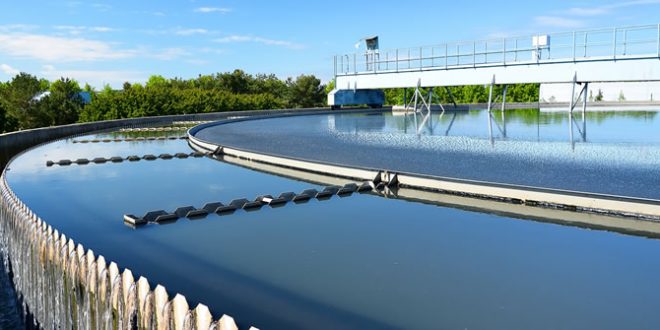 Posted by: Emma Gilbert in Technology Leave a comment

Water, found almost everywhere on Earth, is vital to life. The human body is composed of 70% water, and entire civilizations have risen and fallen based on the availability of water. Water treatment and filtration are extremely important not just to modern society, but the health of the people who live in it. The water we drink, which we get from rivers, lakes, and groundwater, is often filled with chemicals, garbage, pollution, bacteria, and parasites unfit for human consumption.

In distillation, the oldest method of water purification, the water is heated until it boils, and the resultant vapour is captured and cooled until it condenses into clean water. In reverse osmosis water treatment, water passes through a semi-permeable membrane where it is filtered of impurities. In UV water purification, ultraviolet radiation is used to sterilize the water of biological contamination.

Water purification has been accomplished using these methods for decades. However, recent scientific breakthroughs have caused a revolution in water treatment technology, with many exciting new developments being made in recent years. Here are some of the most promising innovations from over the past several years:

Another innovative method of water treatment is biological water treatment. It was first used in Europe in the early parts of the 20th century. This method of water treatment involves using naturally occurring microorganisms in groundwater to improve water quality. With enough oxygen, the organisms break down material in the water such as dissolved organic carbon and iron and thus improve water quality. Sand or carbon filters are used to provide a place on which these microorganisms grow.

The modern IBROM water treatment system is a lot more effective at purifying water, going through several stages. In the first it uses microorganisms to remove contaminants like iron, manganese and arsenic from the water. The treated water then goes through a Reverse Osmosis membrane. Following that, small amounts of chlorine are added to prevent contamination in the distribution system. The remarkable thing about the IBROM water treatment system is that it leaves water so pure, that the treated water must pass through a mineral bed of calcium and magnesium to increase pH and add nutrients that are beneficial to human health.

On the market since 2008, Lifestraw appears to be a simple straw. It contains a complete water filtration system that allows the user to safely sip water from any source. Equipped with a membrane and a charcoal filter, it is the mobility of the Lifestraw that makes it truly revolutionary—it can be worn around the neck. This convenience has made the Lifestraw popular with backpackers and people travelling in underdeveloped countries.

In 2014, Panasonic unveiled a new method for cleaning water using the power of the sun. Special photocatalysts are activated by ultraviolet radiation to quickly detoxify polluted water of bacteria and arsenic.

Developed by NASA back in 2009, this technology pushes water away from contaminants using an “acoustically-driven molecular sieve embedded with small diameter nanotubes.”

A Colorado company created the SunSpring system in 2014, which can purify up to 5,000 gallons of water a day using a 7-mile long and 0.02-micron wide membrane. It is powered by renewable energy.

The Tata Swach, a water purifier designed for low-income households in India, has been around since 2009. It uses rice husk ash and nano silver to rid water of bacteria and can purify 3–4 litres of water per hour.

In 2014, Noble Purification developed a method that absorbs pollutants in wastewater using controlled populations of the aquatic algae Euglena.

Grunfos, a Danish pump manufacturer, has pioneered a process currently being used in a pilot project at Herlev Hospital. It uses biological processes, ceramic filtration, and carbon and ozone to treat hospital wastewater.

Another advancement in desalination occurred in 1960 when the first synthetic reverse osmosis membrane was developed at the University of California. It was effective at blocking the salts while allowing water to pass through it. There have been further improvements to this method over the years and currently it is widely used all over the world with nearly 20,000 desalination plants operated worldwide, producing millions of cubic meters per day, providing water for hundreds of millions of people.

Photochemical Purification purifies water without needing a filter, and avoids the need to dispose of contaminants. It uses LEDs to cause a chemical reaction by illuminating a nanotech-coated mesh. Water then flows through the mesh, breaking down the molecules in the water. This system can use renewable energy to make it cost effective for developing countries where clean drinking water is difficult to access.

With the predicted scarcity of naturally safe and clean drinking water on the horizon, many industrial water filtration companies are looking to improve the way we clean the water that we have access to in order to make it safe for everyone. The advances in water purification and filtering discussed will play a very large role in how society manages this precious resource.

Previous: Are There Health Risks Associated With Vaping?
Next: How to Use Movavi Screen Capture Studio to Record Online Video Streaming

What is Cloud Computing?