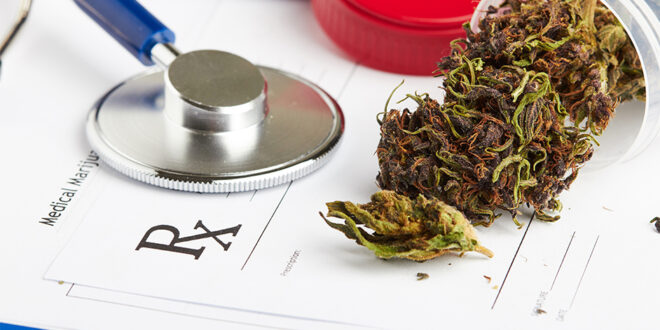 Marijuana, classified by Carl Linnaeus as Cannabis sativa in 1753, has been used as a medicinal plant for at least 3,000 years, according to historical records. This has led to several fundamental and clinical investigations that study the effects of its active components, called cannabinoids. It is known that some cancer patients use cannabis to combat certain side effects of the disease, but it is not only useful to alleviate these effects: cannabinoids can also help treat the disease itself. However, a study shows that marijuana is a relatively safe drug, although the research on its applications is not very well known. What do we really know about this matter? What has been demonstrated today for decision-making in the use of cannabis?

A cancer patient receiving chemotherapy often experiences nausea, incessant vomiting, and loss of appetite, which can cause serious complications later on. These side effects can be reduced with the help of marijuana, which relieves pain, reduces nausea and stimulates appetite. There are even some cannabinoid medications approved by the US Food and Drug Administration for the same purpose, that Tampa marijuana doctors have tested successfully.. Patients under chemical treatment also suffer headaches, muscle discomfort, stomach pain, and damage from the nervous system, such as stabbing pains or numbness. There is no doubt that there is overwhelming scientific evidence that marijuana is beneficial in treating such symptoms.

A study published in the journal Urology, which tracked more than 84,000 men for 16 years, concluded that bladder cancer is 45 percent lower in cannabis users. Another study, published in the Journal of the American Medical Association, showed, after a study in more than 5000 people over 20 years, that Cannabis does not cause damage to lung function, unlike tobacco. The latter, therefore, contradicts that constant concern that marijuana may have adverse effects on the lungs because its smoke contains substances similar to those of tobacco.

Laboratory studies in human cell lines and animal models are promising and show that cannabinoids could even be used as an anticancer treatment. In mouse tests, cannabinoids have been shown to possess anti-tumor properties, as they block the development of blood vessels necessary for tumor growth. Another study, again in animal models, noted that the cannabinoid delta-9-THC is capable of damaging or destroying liver cancer cells. In studies of breast cancer, the cannabinoid CBD has been shown to induce cancer cell death and, in addition, to have minimal effect on healthy cells. To make matters worse, it was discovered that, thanks to this cannabinoid, the cells responsible for breast cancer lost their ability to spread through the tissues and cause metastasis. However, research suggests these hypotheses must go beyond animal testing and be carried out in humans.

While some countries have even legalized the recreational use of this plant, in others its medicinal use is still debated. This debate and its subsequent legislative decisions should be based on scientific facts such as those set out above. The legislative power of those countries must be advised by the local scientific communities and not by individuals who nurture pseudoscientific beliefs motivated by one of the most embedded taboos in our society.

Previous: The Basics of Germs
Next: 4 Main Branches of Engineering

Medical Cleaning Services: What You Need to Know

The Benefits of Overnight Care for the Elderly