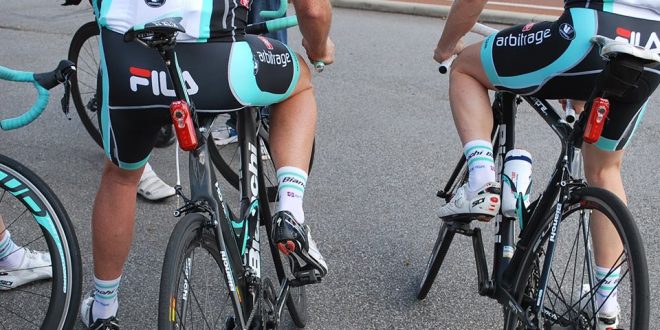 Posted by: Emma Gilbert in Auto & Motor Leave a comment

In an ideal world, every city and town would have adequate cycling infrastructure—bicycling, proper right-of-way laws, and so on—and motorists would be respectful of their two-wheeled brethren on the road. Unfortunately, we don’t live in that reality. Many motorists are disdainful of cyclists, expressing it in aggressive and often dangerous ways. Perhaps even worse, some motorists don’t even see cyclists on the road! Ask any regular cyclist and they’ll be sure to have their fair share of cycling war stories: of road rage, near misses and actual collisions.

With so many dangerous drivers on the road, there’s no telling what could happen. Even veteran cyclists with years of experience on the streets get into crashes due to no fault of their own. Because of this, more and more cyclists are strapping on helmet cams before going on their ride. While helmet cams are useful for shooting ride videos, they can also capture run-ins with bad motorists. They are a defense tool, along the lines of helmets and pads. Whether you’re a recreational cyclist or bike to work, there are many reasons why you should consider getting a helmet cam.

Cycling Video Footage Can Be Used as Evidence

According to a recent research study, drivers fail to see 22% of cyclists on the road in clear view of their vehicle. Now that is an alarming statistic! On an average commute, cyclists interact with hundreds if not thousands of vehicles. And at least one in five of those drivers are not paying attention. It’s the reason why smart cyclists emphasize visibility as a golden rule of sorts. But sometimes, all the reflective gear in the world can’t stop a bad motorist from rear-ending you. When the worst happens, it’s good to have a record of it to show to the police. Otherwise, the driver could lie and the insurance company may deny you compensation for your injuries, even though you are in the right.

One caveat that should be mentioned: video evidence is not automatically admissible in court. In fact, there have been some cases where video evidence was deemed inadmissible. Some rules of thumb regarding video evidence submissions are: 1) videos should be submitted within 48 hours of the incident, 2) videos should not be edited in any way and 3) the victim must still give a written statement and attend court to present evidence in person. Video evidence shouldn’t be regarded as a slam dunk for your case, but rather as strong supporting evidence.

Now with all of that out of the way, let’s get into what makes a good helmet cam.

There are many factors to consider when selecting a helmet cam. First, there’s a difference between “sport” cameras and “safety” cameras. GoPro cameras, for instance, are popular for their ability to capture awesome footage, but they don’t make for the best safety cameras. There are other cameras out there with features that make them more appropriate for safety purposes. Here’s a rundown of those features:

Wearing a helmet cam while you ride may feel a little nerdy, but it might just save you a lot of pain down the line, especially if you get seriously injured in a bicycle collision. So don’t forego this absolutely vital gadget. Until cycling infrastructure undergoes vast improvements across the country, riders will need all the help they can get.

Why Winter is the Best Time to Buy a Car

Consider Several Options when Looking to Depart with Your Car

The Most Expensive Mistakes to Avoid After a Car Accident