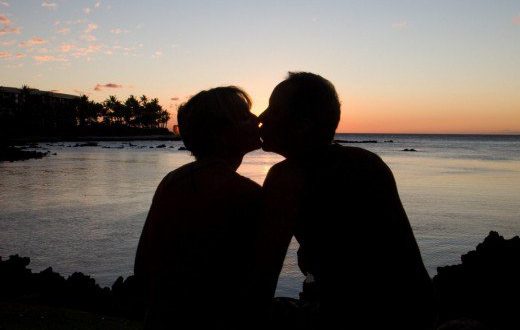 5 ways to praise your man on his birthday

Posted by: Emma Gilbert in Personal Leave a comment

P is for presents. P is for party. P is for praise. With a sprinkle of one, a dash of the other and a hefty dose of the last, you’ve got a recipe Mary Berry would be proud of for a birthday to remember.

Buying gifts for men can be notoriously challenging. That sock drawer always seems to be calling for another five pack of pairs, or the ever-expanding row of aftershave bottles crying out for one new neighbour. For a change, see our selection of ideas below. Avoid P for pants and instead aim for possibly the best birthday ever.

Here are five things to do to celebrate spending another year on the planet.

There’s nothing like a blast of fresh air – especially at high altitude – to get the adrenalin pumping. If you’ve ever been to the beach and envied those enjoying the freedom of the skies above, why not give paragliding a go?

Not only is paragliding a thrilling way to spend a few hours, and quite literally resulting in a totally elevated perspective on life, it’s also a great source of exercise, especially for your arms. So, if your airborne gift turns into a hobby, come summertime he’ll hit the beach with an impressive set of pecs.

Birthdays are of course all about being spoiled with gifts and attention. Birthdays are also as much about remembering the good old days as they are about reaching a milestone and looking forward.

So, when you’re thinking about which kind of presents your brother, husband or bromance bestie might like, take a trip back in time: treat him to something which brings back fond memories of his bygone years. If he was born in the late 70s early 80s, for instance, treat him to a Pac Man ghost light, a bucket of retro sweets, and don’t stop there.

Arrange a retro games night. Bring out all the computer and board games from his youth, even if it doesn’t include getting chased by Blinky, Pinky, Inky and Clyde. If nostalgia isn’t his thing, there’s no shortage of other gifts, gizmos and gadgets to get him: some silly, some saucy and some just plain old bizarre.

If the birthday boy isn’t into a full-on party – at least not this year – how about having some one-on-one time together instead? Whisk your special man away for the weekend. Paris is only a few hours away by train and if you book early enough, it won’t break the bank. Start off with the usual: a coffee and freshly baked croissant in a boutique boulangerie, then set off and see the sights.

If he happens to be a big football fan, you could always surprise him with a couple of tickets to see Paris Saint-Germain (PSG) play. They’ve won the French league four times in a row and are aiming for their fifth win!

But if you really want to add a twist to your trip, skip the obvious tourist traps and go underground! Take a tour of the catacombs of Paris instead. It’s a bit spooky, but there’s nothing like them in the UK. They hold the remains of more than six million people in a small part of the ancient Mines of Paris tunnel network.

Hear us out. There’s more to this one than you might think. If his birthday happens to coincide with St. Patrick’s Day, why not book a table at a gorgeous gastropub with a good atmosphere, and wash down your meal with a pint of green Guinness?

Don’t go to your local though – that’s cheating – go somewhere new: like the most famous bar in Belfast for instance, The Crown Bar. Dating back to 1856, it’s an icon of Victorian style with period gas lighting, ornately carved ceiling, polychromatic tiles and cosy snugs which feature the original gun metal plates for striking matches and an antique bell system for alerting staff: grab one early, shut the door and celebrate in seclusion.

It’s either that, or whisk the birthday boy off to New York for a celebratory pint in the Dead Rabbit, set up by two Belfast-natives and recently voted the number one bar in the world.

Pampering for men is big business. You only have to look at the growth in men’s skincare products and smart high-street barbers to realise it’s no longer just for the girls. This is a luxury the birthday boy can indulge in on his own, or with a special friend who can show him the ropes.

There are plenty of luxury pampering experiences to choose from including a visit to The Dorchester, one of London’s most opulent hotels (free bag of luxury nuts included).

Or, how about The Connaught Hotel? Where you can enjoy a Martini at the Coburg Bar after a two-and-a-half-hour-long Chinese experience, involving a foot wash, facial, body scrub and oil-free massage. Wherever you go, book in advance and carry out some prep beforehand if you can; seaweed wraps aren’t for everyone.Then, all that’s left for him to do on the day is relax and enjoy the feel of being smothered in mud or a cut-throat razor gliding across his neck.

Then, all that’s left for him to do on the day is relax and enjoy the feel of being smothered in mud or a cut-throat razor gliding across his neck.

Previous: Know the Different Benefits for Veterans
Next: BestBacklinkService

Being in the Moment is Good for Your Mental Health. Here’s How.

How to find a perfect match on over 40 dating sites

What You Need to Know About Personal Injury Settlements